The following is the working principle of the common components of these lightning protection devices:

Surge protection device use modern electricity and other technologies to prevent damage to equipment struck by lightning. The components in the lightning arrester also play such a role. During normal operation, the switching element is disconnected; when a lightning surge comes, the switching element is turned on to discharge the surge current to the ground, thereby protecting Electronic equipment is protected from surge damage.

The main components of the lightning protection device include:

It is a metal oxide semiconductor non-linear resistance with ZnO as the main component. When the voltage applied to its two ends reaches a certain value, the resistance is very sensitive to voltage. Its working principle is equivalent to the series-parallel connection of multiple semiconductor P-Ns. Varistors are characterized by good non-linear characteristics 2 (I=non-linear coefficient α in CUα), large current capacity (~2KA/cm), normal leakage -7 -6, small leakage current (10 ~ 10 A), residual Low voltage (depending on the working voltage of the varistor and the -8 current capacity), the response time to instantaneous overvoltage is fast (~10 s), and there is no freewheeling. The biggest feature of a varistor is that when the voltage applied to it is lower than its threshold value "UN", the current flowing through it is extremely small, which is equivalent to a closed valve. When the voltage exceeds UN, it flows through Its current surges, which is equivalent to opening a valve. With this function, the abnormal overvoltage that often occurs in the circuit can be suppressed, and the circuit can be protected from the damage of the overvoltage. 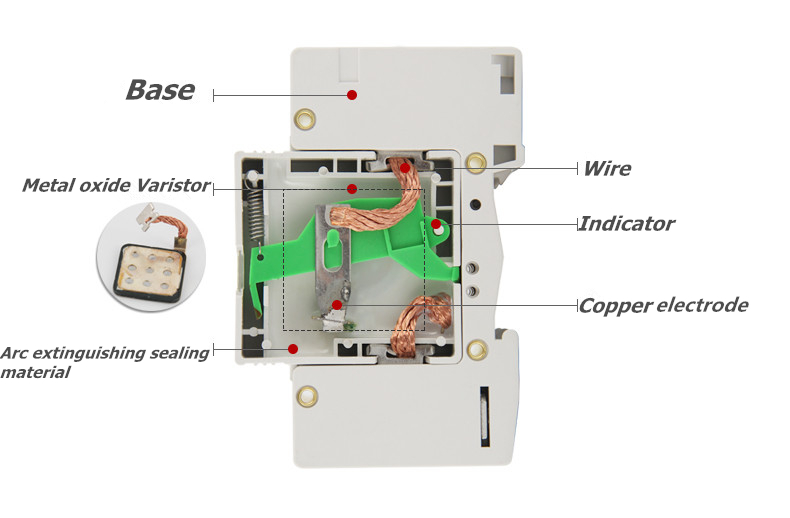 It is composed of a pair of cold negative plates separated from each other and encapsulated in a glass tube or ceramic tube filled with a certain inert gas (Ar). In order to improve the triggering probability of the discharge tube, there is an auxiliary triggering agent in the discharge tube. This kind of gas-filled discharge tube has two-pole type and three-pole type. The gas discharge tube has the characteristics of large current-carrying capacity, fast response time, small capacitance, small size, low cost, stable performance and long life; the disadvantage is that the ignition voltage is high, it cannot be restored to the cut-off state under DC voltage, and cannot be used to protect low voltage The performance of the circuit will decrease every time after the transient voltage is applied. 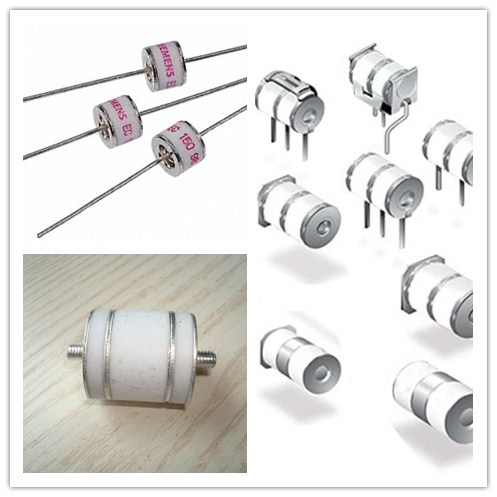 Suppressor diode is abbreviated as TVS, which is a high-efficiency protection device in the form of a diode. When the two poles of the TVS diode are impacted by reverse transient high-energy, it can change the high impedance between the two poles to low impedance at a speed of 10 to the negative 12th power, and absorb up to several kilowatts of surge power. , The voltage clamp between the two poles is located at a predetermined value, which effectively protects the precision components in the electronic circuit from the damage of various surge pulses. Because it has the advantages of fast response time, large transient power, low leakage current, breakdown voltage deviation, easy control of clamping voltage, no damage limit, and small size. 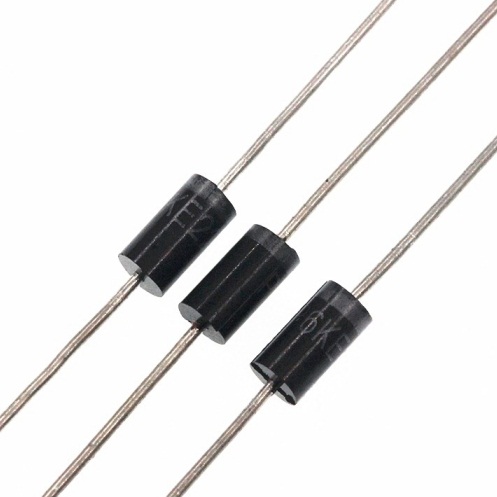